Girls, The Struggle is Real 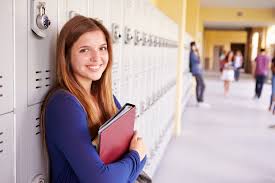 Everyone goes through rough patches, especially in high school, however, girls’ struggles are quite a bit different than guys’ struggles. Girls have to deal with ridicule for how they dress, how they look and often get treated with appalling disrespect as well as bias. These girls have had to learn from a young age to adapt and deal with various problems. The truth is, every girl is yearning to achieve an unreasonable standard of perfection, but always seem to fall short. Society expects girls to conform to their idea of what a girl should be like, which inevitably becomes toxic.

Our school is no exception; there are countless girls within our school that are struggling with gender bias. An example of this is that the girls at our school don’t have a locker room in the weight room, yet the boys do. Some may make the argument that girls don’t use the weight room as much as boys do, but that is simply not true. Many girls prioritize their fitness and work to become strong, fit, and healthy, especially the girls who participate in after school sports such as track, cross country, volleyball, etc. however these girls are not receiving the same treatment as the male students. An anonymous source stated that “During my freshman year of weightlifting with boys I was not allowed to use my weightlifting bench because of a male football player, my same age, got to use it before me.” It’s not just about having a locker room for our school, girls are being looked down upon simply because of their gender. When a girl wants to play a game such as basketball guys typically say things such as ‘We don’t play with girls’ or will pick girls last because they are ‘not as strong as boys’ or they are ’not athletic enough.’ This is not true according to Mountelizabeth.com.sg “Women can exercise about 75% longer than men.” However, if men do allow women to play a sport with them it results in verbal jabs about ‘playing like a girl,’ or they will make inappropriate noises while playing the game.

It is not just trivial things such as sports that typically get people riled up; it is also disrespectful comments that are made as well. Typically the comments have to do with what the women look like or how they are perceived. A harsh reality that women have to face is that 85% of domestic abuse victims are women and 15% are men. 1 in 4 women will be victims of severe violence by a partner. (Huffpost.com) Women are being catcalled and gawked at from a young age an anonymous source stated, “About a month ago I was at Walmart with my younger sister, who is 12, and while we were there we both got cat called by a group of grown men. They kept following us throughout the store and eventually it got so bad that we had to leave.” What is absolutely tragic about all of this is the fact that fathers always tell their daughters to be safe and always carry something to protect themselves with, yet tell their sons to go out and have fun.

I’m not hating on men and saying all of them are misogynistic pigs, but there are many men out there that are taking advantage of young girls and that is absolutely unacceptable. Women should not be seen as objects that men can toy with whenever they chose. Women need to stick together and speak out if and when something happens to them. You may not think that you can make a difference, but I assure you by sticking together and speaking out we can change the world.