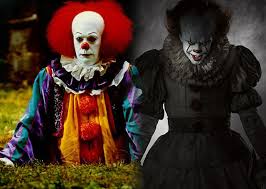 The spooky season has arrived, full of the thrills of Halloween. Many people enjoy the movies created in the 1900’s or today’s horror movies that are streamed a lot during this time. For example, Poltergeist, The Shining, Carrie, Scream, or The Exorcist, ect. are all classics that people may enjoy watching on this holiday. But what about the modern horror films today? Such as IT (2017), The Nun, The Ring, Insidious, or Halloween (2018), ect.
Horror films today have definitely become more out of the ordinary and scary than the classic halloween movies streamed back in the 1900’s. Back then, certain restrictions were set to where some content was not allowed to be streamed, such as gore and nudity. In fact, some movies were completely unaired. According to Emily Barker, author of 12 Famous Movies That Have Been Banned in Certain Countries, “The Texas Chain Saw Massacre” was released in October 1974, however it was immediately banned until 1999 for the amount of graphic content. It was resubmitted by the British Board of Film and given an 18 certificate limiting anyone under 18 from watching. (https://www.nme.com/)
Today, these restrictions are not as confined. Many films have very gory and graphic content that is allowed to be aired. For example, the Saw series and even the modern Jigsaw is full of gore and material that people would completely disapprove in earlier times. Of course, today there are still age limits placed in theaters but obviously there are other ways to see movies. A few students say they prefer today’s horror because it actually gives them a chilling feeling and they truly get frightened. Ryan Cooper, a freshman here at the highschool said, “The 2017 IT was much better than the old one, the graphics were a lot scarier.” Ryan claims to hate clowns\; after watching the original IT, he said he “wasn’t even that scared considering what today’s horror looks like.” Horror has really changed over the years. What people consider scary today would probably be unbelievable back then.
Although this is not the only opinion that has been explored. Mr Huitt, a teacher here at the highschool had a very in depth opinion stating the older movies have more depth and meaning rather than the new ones today. “My favorite example of this is the original Night of the Living Dead. It had plenty of zombie killing action, but also said a lot about the civil rights movement by using a black man as the protagonist and subtle dialogue to drive the suspense in 2 ways: the push back of having a minority as their “leader” as well as fighting the “enemy ” who really represent the ignorant society we live in.” Huitt explains further that today’s films have much more leeway and are able to have more effects rather than needing a good plot. “A lot less was expected from earlier horror movies. They were thought of as lesser movies in Hollywood at the time and that left writers and directors more freedom to explore unknown territory in cinema.”
Weather you like the moderns or the classics, spooky films will always have a special place in the heart of October.